Co-Worker Conflict – How to Solve Problems Before They Escalate 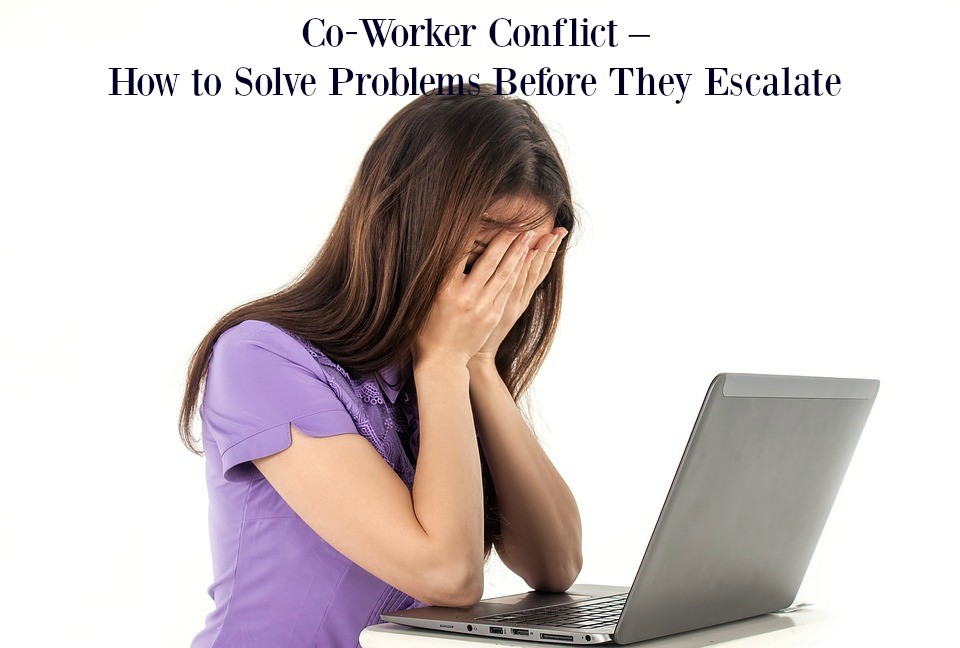 Posted at 07:00h in Employees by Masis Staffing

Personalities can conflict. Sometimes you butt heads with a colleague after spending too much time working together, other times you’re not a good match from the start.

Either way, you still have to work together. When a conflict arises with one of your co-workers, try these tactics to work it out professionally:

Do whatever it takes to avoid blowing up or saying something you’ll regret.

Excuse yourself and go get a glass of water, step outside for some fresh air, or if possible, suggest switching to another task for the rest of the day to give you both a breather.

Continuing down the same path where there’s conflict present is sure to end in disaster, so re-routing will give you the break you need to come back to the situation after you’ve cooled down.

Talk the conflict out

Start talking right from the start of a problem. It might feel awkward to bring up a small issue, but it only gets harder the more your conflict grows.

It’s much easier to nip a disagreement in the bud or to bring up something that’s bothering you before it’s had a chance to really get under your skin.

Some clashes grow out of hand and are simply too big to resolve on your own.

Find a neutral third-party colleague or supervisor to sit down with so you can hash it out in a controlled and civilized manner instead of waging all-out war trying to do it yourselves.

Once you bring a mediator into your argument, be respectful of their role and final opinion, even if you don’t agree with it.

Can’t decide who should get top billing on a project? Do you both want to be the lead presenters at your annual meeting?

Sometimes you can’t both win and you just have to learn to take turns.

Agree to let them take the lead this time around with the understanding that you’ll be in charge of spearheading it the next time around.

Work the particulars of the deal out ahead of time so there’s no confusion or conflict down the road.

Take one for the team

It’s never easy, but sometimes you just need to suck it up and give your co-worker the win.

No matter how much it pains you to do so, sometimes there is no better solution than just giving in, so you can drop the matter and move on.

Take the high road and let your co-worker have their way, knowing that karma will eventually swing things back in your favor one day.

Making a sacrifice in the name of the rest of the team or the project is a noble action that speaks volumes about your workplace integrity.

Do what you can to keep workplace conflicts to a minimum so you don’t create a reputation for being difficult to work with.

Learning how to disagree the right way shows your colleagues and supervisors that you’re a team player and you can handle arguments or workplace hurdles maturely and professionally.