Creating an autonomous culture at work 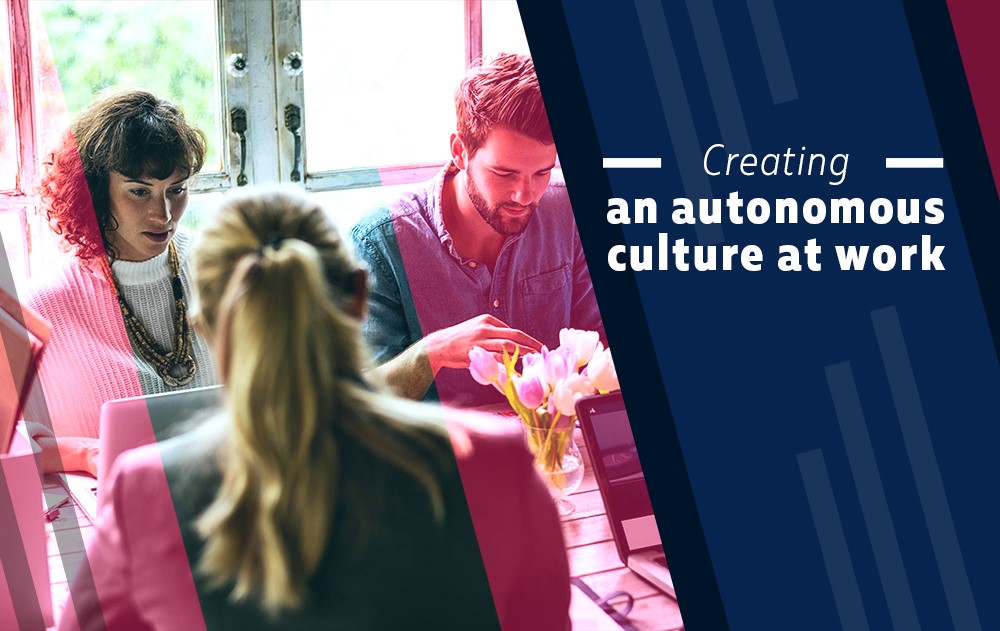 Posted at 07:00h in Employers by Masis Staffing

The fears around creating an autonomous workplace culture are understandable.

Managers may feel that allowing employees the freedom to work as they see fit could undermine their efforts to get the most of them.

Employees who don’t feel trusted by their manager become unengaged and wouldn’t want to thrive in an autonomous environment.

If you’ve assembled a team of engaged individuals, granting them this freedom will be the best thing you can do!

The importance of building a team of empowered employees

In April 2017, a University of Birmingham study concluded that employee autonomy leads to higher levels of job satisfaction and employee well-being.

The hypothesis was that putting employees in charge of important projects without being micro-managed makes them feel trusted.

Engaged employees will want to repay their manager’s faith in their abilities, rather than take advantage of it.

Granting employees the freedom to take ownership of their work, allows businesses to think outside of the box.

How to build a team you can trust to work autonomously

Managers should scope out employees that can be trusted to work autonomously in the interview process through a considered choice of questions.

Ask candidates to ‘describe a personal project you’re really proud of’, or create tasks which test a candidate’s creative mindset.

With an intelligent trustworthy workforce, you’ll get good results by encouraging autonomy.

If you can’t trust your current employees to create high-quality autonomous work, you probably hired the wrong people.

The benefits of an autonomous workplace

Everyone will get more done in an environment where asking for forgiveness for an error made is seen as better than asking for permission to try at all.

These individuals are essentially proving they have the skills to be managers in the future.

If you communicate this to them, you’ll end up with an engaged team who don’t need constant supervision and wouldn’t dream of looking for another employer.

Is there a better team to manage than that?